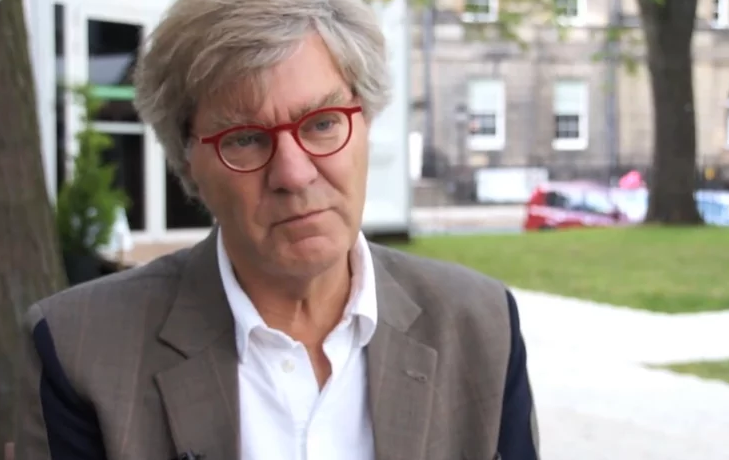 Writer Otto de Kat talks to Catriona O’Sullivan about his book News From Berlin, and the importance of thorough research for characters and setting in a historical novel, at this year’s Edinburgh International Book Festival. The story centres around a Dutch diplomat, Oscar Verschuur, who finds himself in neutral Switzerland. His family is spread across Europe, his wife Kate in London and their daughter Emma living in Berlin with her husband Carl, a ‘good’ German who works at the ministry of foreign affairs. The novel alternates between these three perspectives.

Otto de Kat is the pseudonym of retired publisher Jan Geurt Gaarlandt (b. 1946). He published his first novel, Man in de verte (The Figure in the Distance), in 1998, followed in 2004 by De inscheper (Man on the Move) and in 2008 by Julia. Each of these novels is set in the 1930s and 1940s and each was favourably received and nominated for various literary prizes. De Kat has received particular praise for his observant, hushed style. He creates a rather detached atmosphere in which people travel the world without ever finding what they are looking for or escaping their fate.