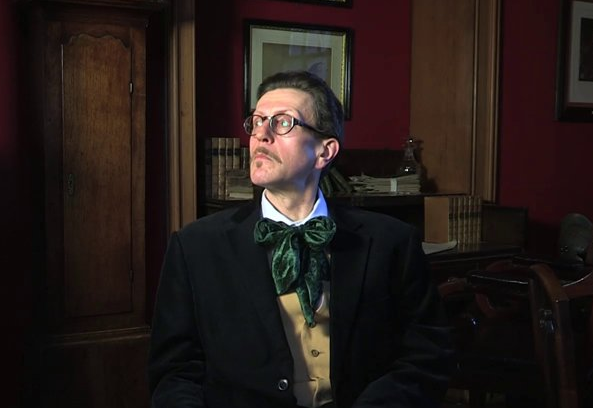 2014 is the 75th anniversary of the publication of James Joyce’s book Finnegans Wake. Joyce was a Dubliner and is internationally recognised as one of the world’s greatest writers. As a tribute to him, and Finnegans Wake, the seven UNESCO Cities of Literature have each taken one of the short ‘stories’ from the book and filmed them. The short films are available individually and also as one film. This is Edinburgh’s film, with Michael Daviot performing the reading of ‘The Musey Room’, at the Writer’s Museum, in Edinburgh.

Find out more about the project at http://www.dublincityofliterature.ie/honouring-great-writers-of-the-world.html
The Writer Museum, Edinburgh http://www.edinburghmuseums.org.uk/Venues/The-Writers–Museum
Edinburgh City of Literature http://www.cityofliterature.com/index.aspx?sec=1&pid=1