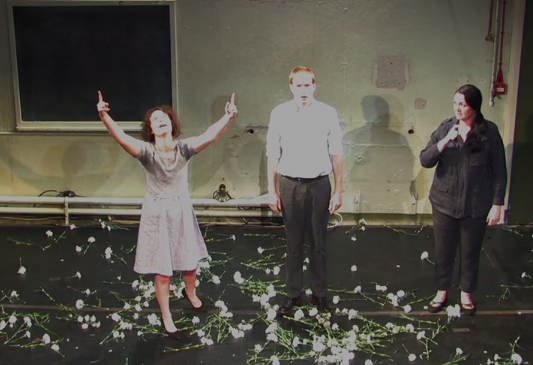 Alister Lownie and Katherina Radeva introduce their performance Near Gone. Two performers have a difficult story to tell. They come on stage and launch themselves into an hour long attempt to put into words the utterly unspeakable. Delivered in English and Bulgarian, with pounding gypsy- inspired music, this beautiful performance fills an empty space with two performers, hundreds of fresh flowers and a storm of emotion.