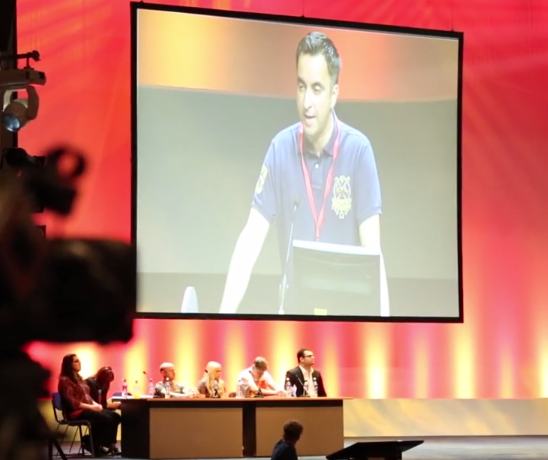 Aamer Anwar is Scotland’s leading Human Rights lawyer. He is a longstanding anti-war campaigner and advocate of immigrant rights.

Anwar talks at the Radical Independence Conference, which was held in Glasgow, in November 2014. The event saw an attendance of 3000 people, and talks from a number of speakers such as politicians, writers, journalists and many others involved in the independence movement.

This clip was first published on Belle Caledonia.