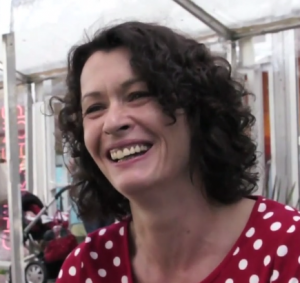 Vicki Jarrett is a novelist and short story writer from Edinburgh. Her first novel, Nothing is Heavy, was published in September 2012. Her short fiction has been published in various magazines and anthologies, broadcast by BBC Radio 4, Radio Scotland and Radio Somerset, and shortlisted for the Manchester Fiction Prize and the Bridport Prize, among others.

Jarrett was one of 17 writers selected to feature as part of the book festival’s Story Shop programme, which helps showcase up and coming writers living and working in Edinburgh today.