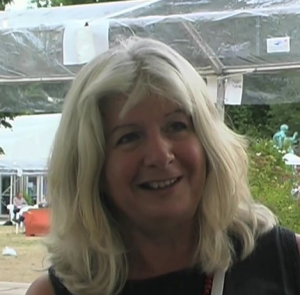 Lauren Pope interviews Scottish poet and writer Liz Niven at the 2006 Edinburgh International Book Festival, about the influence Scottish heritage has on her work.

Liz Niven is one of Scotland’s most popular poetry facilitators. She is a poet writing in English and Scots.She has published several poetry collections, including The Shard Box, Burning Whins, Stravaigin (Luath Press Ltd)
She has written and edited texts to support Scots and English language work in Education and appeared in Literary and Language events in Europe, Scandinavia and the Far East.