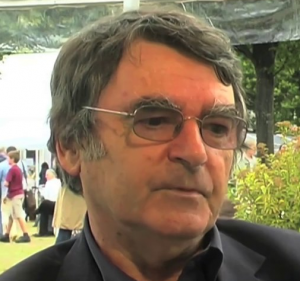 Stephanie Forton talks to author David Lodge at the Edinburgh International Book Festival 2006, about his work, the challenges presented between writing fiction and non-fiction, and his latest book, The Year of Henry James: The Story of a Novel.

David Lodge is Lodge was Professor of English Literature at the University of Birmingham until 1987, and he is best known for his novels satirizing academic life, particularly the ‘Campus Trilogy’: Changing Places: A Tale of Two Campuses (1975), Small World: An Academic Romance (1984), and Nice Work (1988). Small World and Nice Work were both shortlisted for the Booker Prize. Another major theme in his work is Roman Catholicism, beginning from his first published novel The Picturegoers (1960).